McJoan has it up at big orange obama all the time.  It’s a doozy:

But is she getting Netroots support?

Is she getting support from the largest progressive blog in the world?

Supporting her candidacy is not allowed there.  She’s not a Democrat.  She’s not a useless fucking coward with a (D) after her name, so she doesn’t deserve to even be mentioned on Daily Kos.  Kos the Decider has decreed that no one can support her on his blog.

Four at Four continues with oil output and swim records.

Thanks to the goddamn motherfucking Congress of the United States of America, I feel like one of the safest fucking people in the world right now.  And thanks to that motherfucker George W. Bush as well.  I’m going to go take a safe fucking walk around my neighborhood in celebration of just how goddamn safe from terrorists I feel after today’s vote.  I don’t need not stinking laws, I have those Congressional shitheads and that asswipe W to look after me.

I usually avoid swearing on line, but words are failing me in attempting to express just how fucking grateful I feel.

Words To Live By, And For A Nation, Die By

Posted simultaneously on ePluribus Media, DailyKos, Docudharma and Below Boston.

There are words that comprise paper tigers and those which ignite fires; some words are worth fighting to protect, others are not.

Some words forge new nations and ideals amid the forge-fires of conflict, while others are relegated to the dustbins of history as naught but a footnote at most.

There are words, on the page following, which have worth that appears to vary across the depth and breadth of the nation today.  Once — long ago, perhaps — they were words that could inspire and entice the people of a nation to do great things. Now, however, their fate appears uncertain.  I ask, fellow Netizens, just one simple question: Whither the words necessary to marshal a hue and cry of outrage and demand for restoration, restitution and accountability?

When in the course of human Events, it becomes necessary for one People to dissolve the Political Bands which have connected them with another, and to assume among the Powers of the Earth, the separate and equal Station to which the Laws of Nature and of Nature’s God entitle them, a decent Respect to the Opinions of Mankind requires that they should declare the causes which impel them to the Separation.

We hold these Truths to be self-evident, that all Men are created equal, that they are endowed by their Creator with certain unalienable Rights, that among these are Life, Liberty, and the pursuit of Happiness.

That to secure these rights, Governments are instituted among Men, deriving their just Powers from the Consent of the Governed.

That whenever any Form of Government becomes destructive of these Ends, it is in the Right of the People to alter or abolish it, and to institute a new Government, laying its Foundation on such Principles, and organizing its Powers in such Form, as to them shall seem most likely to effect their Safety and Happiness. Prudence indeed, will dictate that Governments long established should not be changed for light and transient Causes; and accordingly all Experience hath shewn, that Mankind are more disposed to suffer, while Evils are sufferable, than to right themselves by abolishing the Forms to which they are accustomed. But when a long Train of Abuses and Usurpations, pursuing invariably the same Object, evinces a Design to reduce them under absolute Despotism, it is their Right, it is their Duty, to throw off such Government, and to provide new Guards for their future Security.

Another cave-in by Congressional Democrats.  Another deal to keep the war going, in exchange for a few crumbs.

Today is Iraq Moratorium day.  Do something to let them know what you think.

It’s true that 151 Democrats voted against the war funding.  So, if you want to thank them, go ahead — but don’t thank them too much, David Swanson  says.  Here’s the roll call.

“Not a single one of them did a damned thing more than vote no,” Swanson (left), of Democrats.com, ImpeachCheney.org and , AfterDowningStreet.org said in a Milwaukee appearance Thursday night.  They didn’t issue public statements to the media, write their colleagues, or do anything to press to defeat the bill.  “They voted no, knowing it would pass.”

That’s not why Americans elected a new Congressional majority in 2006, Swanson said.  We elected them to end the war in Iraq.  Instead, Speaker Nancy Pelosi and House Dems like David Obey are happy to have negotiated a bill that the Republicans would vote for and pass. “They are hiding behind the troops,” Swanson said, when a majority of Americans in a Democrats.com poll said they would stop funding the war and bring the troops home within six months.

Democrats say we have to keep funding the occupation because it’s dangerous “to do what the majority wants” in an election year, Swanson said. They want us to elect them again so that they can do what they didn’t do last time we elected them.  But by spring, it will be only 18 months until the next election, so it will be dangerous again to vote to end the war, he said.

The fact that the House also voted for money for new veterans benefits, for unemployment benefits, and for flood relief is no consolation for funding the war.

Who wouldn’t support those items if they came up as separate bills, Swanson asked.

Instead, the veterans benefits are attached as an amendment to a bill that will result in many more deaths, physical and psychological injuries to American troops and Iraqis, and damage the US economy.

Speaker of the House Nancy Pelosi

One of these things is not like the other…….

“The proposed FISA deal is not a compromise; it is a capitulation.  The House and Senate should not be taking up this bill, which effectively guarantees immunity for telecom companies alleged to have participated in the President’s illegal program, and which fails to protect the privacy of law-abiding Americans at home.”

“I will oppose this new FISA bill when the Senate votes on it next week. We must do everything we can to protect Americans from the Bush-Cheney Administration’s erosion of our civil liberties and callous disregard for the rule of law — and this new FISA bill fails that test.”

Tomorrow, we will be taking up the FISA bill. As you probably know, the bill has been filed. It is a balanced bill. I could argue it either way, not being a lawyer, but nonetheless, I could argue it either way. . . . [It] is again in Title II, an improvement over the Senate bill in that it empowers the District Court, not the FISA Court, to look into issues that relate to immunity. . . . So that will be legislation that we take up tomorrow. We will have a lively debate I’m sure within our caucus on this subject and in the Congress. It has bipartisan support. I commend Steny Hoyer for his important work on this legislation, working in a bipartisan way.

Greenwald, as always…a must read:

If I were a hard-core Bush follower — snip — praising the “compromise” bill — I would have a huge poster of Steny Hoyer or Rahm Emanuel on my wall. Unconditional, endless funding of the war. Warrantless eavesdropping. A stop to lawsuits examining Bush lawbreaking. Telecom immunity. What more could a Bush follower ask for? As Kit Bond put it: “the White House got a better deal than they even had hoped to get” — a deal they tried but were unable to get when the Congress was controlled by Bill Frist and Denny Hastert.

Hey Nance, hey Steny….These are OUR CONSTITUTIONAL RIGHTS that you are bargaining away. Who do you serve, The People of the United States or the Telecommunications Corporations? Simpering corrupt cowards.

I just ran into an interesting discussion over at Jack and Jill Politics about a column at Diversity, Inc. titled Why Whites Can’t Get Over Color. Apparently Luke Visconti has a regular column there titled “Ask the white guy” that I’m going to have to check into further…sounds interesting. These are the kinds of conversations that I think we need to be having.

Anyway, a woman writes in to say this (I’ll quote a bit, but please go check out the whole thing).

I am a white female and I can tell you that I don’t talk about blacks for fear I will be called a racist or be called to the table, especially in the workplace, for discrimination.  We (whites), at my company, are not allowed to talk about blacks or any other ethnic group because we would get fired.  I will say that whites are very sensitive now because we are discriminated against…

I love the fact that America is a big melting pot, full of color and different cultures. Why not embrace that instead of constantly bickering over it. We need to start looking into the future instead of constantly looking behind us and pointing the finger at people who were not even thought of in the times of slavery.  Yes, it was a terrible thing to have happened to anyones ancestors but until we get over the past we will never fully get along.  I teach my children not to see the color but to see the person. It is getting harder to do when all they hear about in the news, school, or articles is color.  Get over the color!  We are all Americans and instead of fighting between ourselves, we need to worry about turning our country back around.  There are important issues out there that if we do not address them and come together, then we could say goodbye to our freedom.

Disturbing Tale of a Noncombat Death

I found this story over at Editor and Publisher and it highlights some of the disconnect between families who sacrifice their children and loved ones in Iraq and in this case, the Army. In one sense, it does not matter whether a loved one dies as a result of friendly fire, accident, illness, or in combat operations in Iraq and Afghanistan, because in the end somebody who is cherished is lost. But families deserve the truth even when it is painful

Tweet
The wind of heaven is that which blows between a horse’s ears.  ~Arabian Proverb 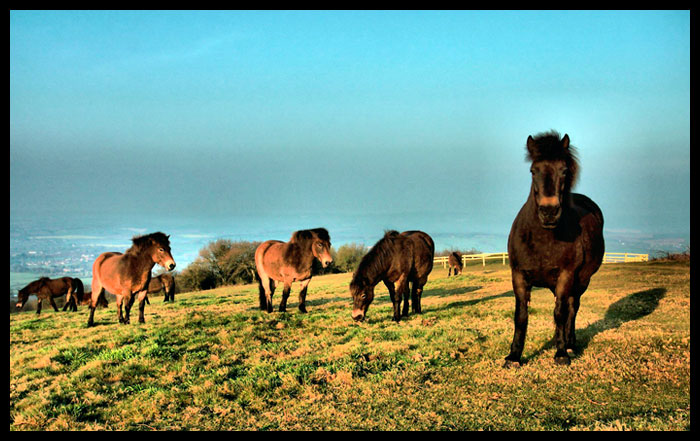