Some news and open thread.

Inside today’s Four at Four:

Rep. Robert Wexler (D-Fla.) took the floor in the House of Representatives last night to call for the House Judiciary Committee to begin impeachment hearings against Vice President Dick Cheney…..to applause from the gallery.

“Wexler is a partisan bomb-thrower hoping to earn points with the far Left,” Conant said. “His absurd calls for impeachment hearings are little more than a vain attempt to make himself relevant.”

I just started playing around with this program:  Ultra Fractal 4.  I don’t know the first thing about programming the fractals, but I downloaded a bunch of other people’s free code and I’m learning to manipulate it.    Mostly I’m just selecting sections, zooming in/out, and  playing with the color schemes.  I have a ridiculously big 30-inch monitor so the detail is really mesmerizing on my screen.    Hard to do it justice here – but if you click the pics you can get a slightly bigger size. 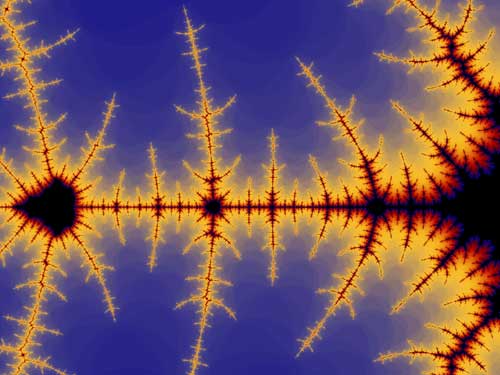 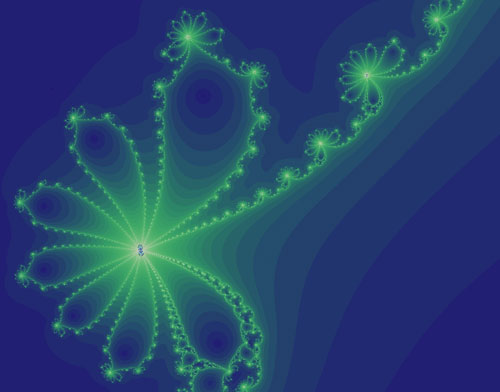 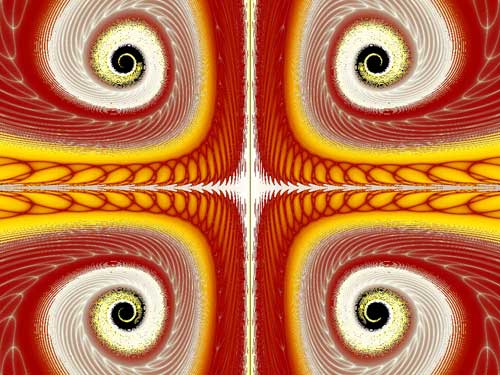 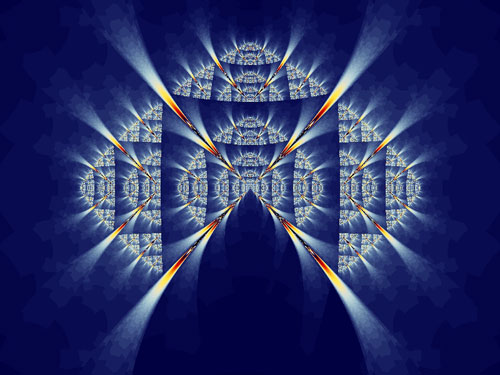 One of the cool things you can do with the program is animation.  I haven’t tried that yet but there are a ton of these on YouTube (just search for Fractal Animation).

Last night during the debates, to an almost empty House Floor, Rep. Wexler introduced 190,000 signatures of people calling for the impeachment of Vice President Richard Cheney.

Rep. Wexler gave an amazing performance.  Completely shut out of the media this morning, only CBS seems to be about the only web-site with this story.  Of course it’s on Wexler’s website also.

Here is the video, it is brilliant, please pass this around.

Pony Party, Would you?

Because we KNOW we can absolutely trust the FDA….right????

Just over a decade after scientists cloned the first animal, the last major barrier to selling meat and milk from clones has fallen: The U.S. government declared this food safe Tuesday. Now, will people buy it?

(the article is linked below)

I don’t seem to have any anxiety over cloned animals.  If they’re yummy, I’ll eat them.  You??

Give the Candidates the MLK Test w/poll!

Last Night’s Overnight News Digest is too old (you’ll have to look at comments for the science section).  This is straight from scratch circa 3 am EST.

Last night’s Overnight News Digest is too old (you’ll have to look at comments for the science section).  This is straight from scratch circa 3 am EST.

The fact that the GOP base has quite visibly refused to fall for any Reagan impression has thrown GOP watchers into a tailspin of conflicting interpretations as to what the typical conservative voter wants, this year.  But few of these watchers have drawn the obvious, if counter-intuitive, conclusion: that the GOP base is not looking for a new Reagan.

This thought is probably too Earth-shattering to contemplate for the GOP elite.  Lacking an old model, they would have to invent a new one.  And they are nowhere near equipped to do so.

Romney’s win in Michigan provides a window into this puzzle.  I’d like to muse on it for a while.

She corralled her fear and her anger and resisted the impulse to whirl and charge. Instead she coolly and slowly brought her leg down from the sill, composed her face into a mask of calm and slowly turned around and casually crossed her arms across her chest and leaned back against the window sill. It wasn’t Apu. The slight man in the center of the room did have the coloring you would expect from the Indian accent, but he looked more like Ghandi than Apu, except for the funky English tweed suit that looked like something out of an old Sherlock Holmes movie. He was short, slim, bald and wearing round wire frame glasses….and had a disturbingly smug look on his face. He looked her up and down as she was looking him up and down. when he smiled (smirked???) at her, she instantly wanted to punch him.

See y’all in a couple weeks….

The latest report from mom is that grandma is still in the hospital getting IV antibiotics for presumed pneumonia so the plan will be for me to stay at grandma’s apartment to either be the family member hanging out at the hospital or to take care of her at home and give mom a break. I have to remember NOT to be the annoying psycho family member while I am at the hospital. When you are an RN, and a family member or friend is in the hospital you tend to be overly protective. The report from mom is that the nursing care has been alright, she has somehow missed the doctor and the social worker and the physiotherapist have been rather patronizing. This may not be an accurate perception but one laced with the stress and anxiety. In my job as a night supervisor, I often consult with social workers on the phone. Frankly, I do their job for them when social issues arise at night including when a patient passes. I do not have a favorable view of the behavior medicine staff at my institution. They tend to either be patronizing toward me, dismissive, or they more or less tell me they can’t do anything which in their defense is often true. My only crisis/intervention training has been my gut instinct.

This won’t be a “fun” visit, my poor grandmother will be fatigued and she is oh so fail though relatively mentally intact. It might be the last time I spend with her when she is not in a nursing home or gone to the big calico couch in the sky and I find myself already engaging in anticipatory grieving. There are possible unpleasant encounters with an aunt and uncle and some disappointed friends I may not see. I am hoping to squeeze in a visit to a local butterfly conservatory that I adore and take a few pictures with my less than fantastic “back up” camera since the other one went to mother Nikon to be repaired. I am aware I may return stressed out and sad. My dogs and cats who provide me with love and distraction won’t be there to make me smile. My poor mother is trying to remain on an even keel even as she fights sadness.

I am running around trying to do laundry and figured out what to take. I will probably be up late but I can sleep on the plane. I hope I am not in a middle seat stuck between tall people. Yesterday I had a dream after reading a book about Julia Child, that she was a customs agent who wouldn’t let me back into the US because I forgot my passport. My luggage always gets randomly searched and customs on both sides of the border are generally surly.

I can’t help but ask what will happen when my mother declines. I live a plane ride away and I am an only child. I have attempted to raise this issue with mom multiple times. She claims she will know when it is time to give up her house and 65 acres but i know differently. She won’t. I know my family. We are independent, we don’t take advice from one another well. Denial is a mode of communication. I made an effort to get my mother to downsize to a small house or condo and she said would end up killing herself. When I expressed a fear that she would have an accident while outside and die unable to get help, cell phones don’t work out there and she lives alone, she said she thought was was a good way to go. I don’t actually disagree. But it isn’t nice.