Tweet
I’m taking the liberty to crosspost an Important Diary, from yesterdays DKOS, with permission from Melissa Kasnitz, who replied to me to pass on the News Release. What better than just the News Release but her whole Post, links and all, also added a few more at bottom.

Melissa Posted This Yesterday Over At  DKOS, it quickly moved off the list even before I caught it when I got home from work. it’s now been Rescued, if you have a KOS account Visit Link and Rate It, as well as the comments, Up today, 1-12-08, so that it gets the readers it should, and is brought back from obscurity to the Rec List, and Visit the Embedded Links to find out More!

This is an Open Thread: No Rumpelstiltskin’s Here

In the days since the encounter with five Iranian patrol boats in the Strait of Hormuz, American officers have acknowledged that they have been studying anew the lessons from a startling simulation conducted in August 2002. In that war game, the Blue Team navy, representing the United States, lost 16 major warships – an aircraft carrier, cruisers and amphibious vessels – when they were sunk to the bottom of the Persian Gulf in an attack that included swarming tactics by enemy speedboats.

The Secretary of State of New Hampshire has announced that they will do a statewide recount. Finally a state is taking sane steps to reassure its people that they in fact participated in a valid election and putting the controversy to rest. It’s about time. A lot of people have been shouted down as conspiracy nuts because they suspected otherwise. I am puzzled and a bit angry that it is controversial for progressives to insist on anything less than mandatory recounts of paper ballots for at least a random selection of districts in EVERY election. The burden is on the state to prove that the election results are correct, yet I read person after person insisting that we should be quiet. It is absurd to think that the burden of proof rests on the citizens.

Jamiroquai took the feel good seventies funk vibe and ran with it.  Last June they set up their own web site: http://www.jamiroquai.com/ with lots of funky stuff to check out.  On the top right they have some new songs to listen to.

I saw the Live in Montreaux concert on TV and was blown away.  Jay’s voice is very easy to listen to with incredible range and subtlety.  He’s fun to watch and makes you want to get up and dance too. It looks like they are just wrapping up a Japanese Tour.

Play (press play on the media box) or download Space Cowboy for free from Archive.org

Check out all the related links, clubs and fun things to do at Jam Party People.  Have a great weekend everyone!

It’s not healthy for children and other living things: Then and now

In 1967, a non-partisan Hollywood (Beverly Hills) group named Another Mother for Peace (AMP) began their campaign to end the Vietnam war.  The group was formed spontaneously by 15 women attending the party for Barbara Avedon’s son’s first birthday.  In addition to ending the war, the group advocated for a cabinet-level secretary of peace. AMPs biggest impact arguebly came about as a result of a graphic for a card/poster the group promoted designed by Lorraine Schneider (1925-1972) .  In a national campaign led by Hollywood elite, the graphic was sent along with a million letters to elected leaders in DC in an appeal to end the war.  The AMP  is active today. The son of the late Barbara Avedon and the daughters of Lorraine Schneider are carrying on the family tradition by participating in this group. 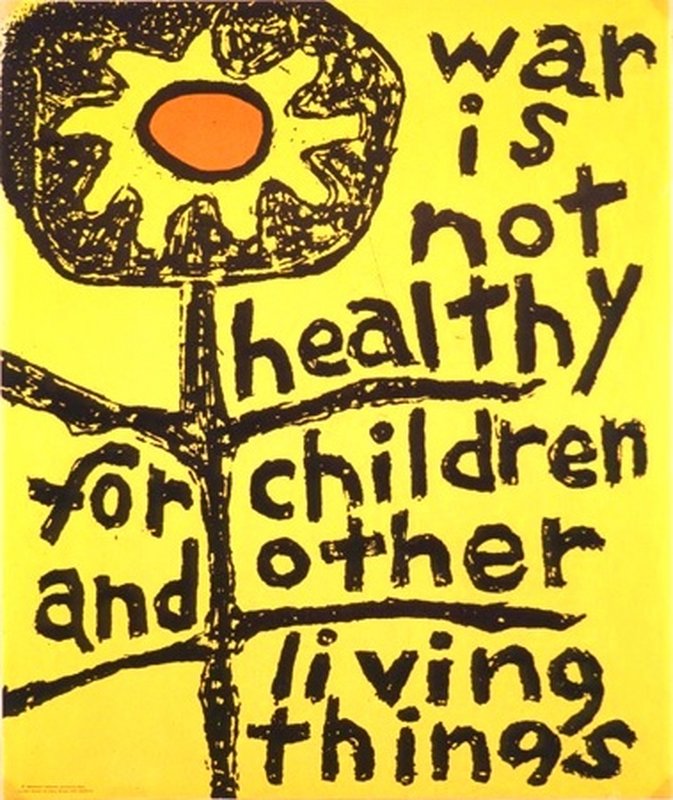 It Happned This Week Or Maybe Not.

“I am sorry,” she repeated.

Perhaps opening the windows will help? How about handing fans or ice cubes?

A bit of horse sense to brush up boardroom manners

Are your colleagues getting on your nerves? Is the boss giving you a hard time? There is hope yet. And it comes on four legs.

Horses and dogs are teaching the corporate world a thing or two about communication skills. Companies are sending their employees to equestrian and, more recently, canine camps to improve inter-personal relations at work.

Speaking Tuesday to the New York Post’s Fred Dicker, whose show airs on Albany’s Talk 1300 radio station, Cuomo said of the early primaries: “It’s not a TV-crazed race. Frankly, you can’t buy your way through.”

He added later, “You have to sit down with 10 people in a living room. You can’t shuck and jive at a news conference; you can’t just put off reporters, because you have real people looking at you, saying ‘answer the question.'”

Meanwhile, at the internet cafe . . .

White Male Idiot #1:  “Shucking and jiving” wasn’t meant as a racist comment.  In context, Cuomo was talking about all the candidates.  He was making a general point.

White Male Idiot #2:  Cuomo knew what he was doing.  He was trying to make race an issue in the election.

White Male Idiot #1:  I don’t think so.  In fact, you’re the one making race an issue by interpreting Cuomo’s words that way.

White Male Idiot #2:  Oh sure, that’s nice.  Cuomo says “shucking and jiving” — a phrase about African Americans — and I’m the one making it about race.  I’m just responding to what the Clinton camp has put out there.

How to Erode and Destroy Democracy– a Dozen Tested Strategies

I like to write this series spontaneously so that it is timely.  I usually write it on Friday right before it publishes on the Front Page of Docudharma.

Tonight I read Robyn’s Friday Philosophy essay right when I logged on to the intertubes.

She speaks of fairness and games and such.

I think that’s an interesting conversation and I’d like to continue it here.

To many people I suppose that makes me appear to be a fool. If that’s how you see it, so be it. I still believe it is more important that a good game played fairly is more important than who wins or loses. I revel in Tiger Woods and Ernie Els going stroke for stroke in the President’s Cup until it is too dark to play anymore…and then calling it a draw. To me, the view of life as an exercise in trying to be a winner rather than a loser is nearly the very definition I have for labeling someone a loser.

Both in high school and for the two years I attended college, I was a member of the debate squad.  I was brought up listening to my brothers and father argue and search for what was real when it came to whatever topic arose.  It was always an education for me.

In debate we were told we had to back up everything we said when we made our case.  What made it even more interesting was that we all had to argue both sides of the issue, depending on which “round” of the debates was in session.  So my partner and I would argue the “pro” against another school and the next round we’d argue the “con” against another team.

Sure there was all the snark and obnoxiousness one could imagine among us all, in a way it was very similar to the blogs.

But then Kirby Boner came along.

Yep, that was his real name, and I am putting it out there deliberately as praise for him is long overdue.

I Am Sick to Death of War and Madness

My generation thought Vietnam was an aberration, but it wasn’t, it was the game plan.  Lie your way into a nasty little war and let other people’s children do the killing and dying while the fat cats at the top of the capitalist pile rake in the dough.  It’s all for the benefit of those so bloated with greed that they just don’t care that their profits come soaked in the blood of innocents and patriots.

I went to pick up my parts.  For twenty years we have done great things at Victor’s machine shop.  It was always hard to find a parking spot but today the street was empty.  I am a dinosaur destined for extinction, an engineer and part of a working R&D group in a manufacturing industry.  Most rare these days.